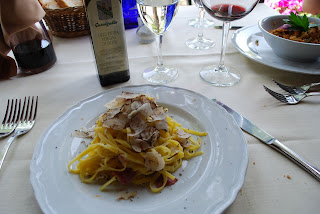 “Damn, so close! Amy is fast but Will is slow and always puts the fresh tomatoes in with the canned goods. Perform a wide scan, Mr. Sulu.”

“Scanning, sir. Thomas is checking and Peter is sacking in Lane 9!”

“I am detecting an unusual life form in Lane 9.”

“Captain, the life form’s cart is full of barcoded goods but the life form is holding what appears to be a credit card. Usually such a life form would produce a checkbook.”

“Interesting. It could be an anomaly. Let’s move in closer for a better look.”

“Two heavily laden Feringi trading freighters have pulled in behind us. We’re blocked in, sir.”

“Ironically, for a Vulcan, Mr. Spock, you worry like a mother hen. Thomas and Peter will make short work of the life form and, besides, it’s a credit card. What could go wrong?”
“Engineering to Captain.”

“It’s that life form, Captain, it’s thrown a force field around the nacelles and we no canna move. We’re dead in the water!”

“Scotty, do what you can. Captain out. Spock. Analysis.”

“Indeed, Captain, the life form is decloaking now. It appears to be ... yes, I’ve got it now, a Book of Coupons.”

“A Book of Coupons? I thought those were banned by the Treaty of Kroger Prime.”

“True, Captain, but not in this sector. These life forms who still use Books of Coupons are insensitive to other life forms. For all intents and purposes they live in a universe of their own.”

“None, sir. We are trapped here until the Book of Coupons has been examined and processed.”

“Our way out, Captain, is that Thomas is a fast checker and he’ll scan the Book of Coupons at flank speed. If my calculations are correct we should be on our way in 4.235 minutes.”

“Sensors indicate that checker Thomas is moving out at Warp Factor 9. He appears to be On Break.”

“How does that affect out time line, Mr. Spock? It’s important that we meet our timetable to deliver these badly needed supplies.”

“Unknown, Sir, the new checker is coming into range now. It’s an unfamiliar configuration. I can just make it out ... Trainee.”

“Captain, we are being hailed by the Trainee.”

“Put him on screen.”

“Greetings, Earth vessel, please explain the nature of these goods.”

“Wow, I didn’t know these things came outside of a can! They must be free range. Uh, I’m going to have to contact my supervisor on Rigel IV to get the code. Uh, is that carrot with a “C” or a “K.”

“Bones, meet me in my ready room with a triple, ice and salt on the rim.”

The spell checker on my iPhone corrects errors due to hitting pot holes and bumping up against the curb.

"Just ran over a squirrel!"

The world needs to know that.

My followers are thrilled by my exploits.

"Small car bumpers are no match for my truck!"

"Why does the proctologist have such a small parking lot?"

Srsly! If enough people get exasperated maybe they'll build a parking garage and put in a Starbucks.

One of my followers, SoreBum98 tweets, "Right on, Bro! We're starting a movement."

Hmmmmm, I think I might let that one pass.
Posted by Bill at 5:44 PM No comments:

Mushrooms and cream and wine?

You're so slow and I can read you like a book?

Yeah, and do you know what I'm thinking right now ...

Yes, and CSI would bust you in a New York second so don't even.