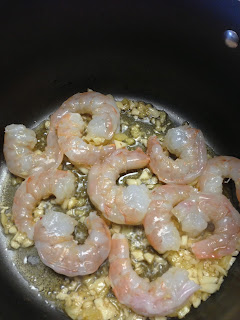 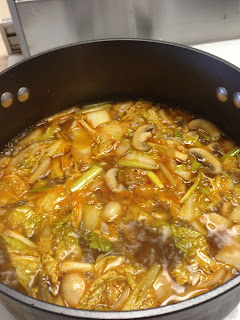 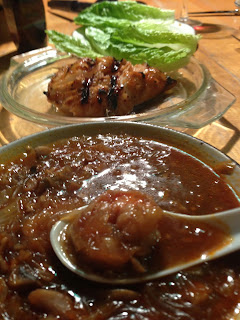 When I work upstairs Kink often pads up and helps me out by lying on the keyboard, blocking the screen, knocking the mouse off the desk and generally setting up a challenge for me to overcome.

It's good for my character according to Kink.

What he does best, though, is sleep.  I work, he sleeps.  Nature in balance.

Well, Kink is a good working partner.  He doesn't criticize, he's always up for lunch and he doesn't make a lot of noise.

Who could ask for more? 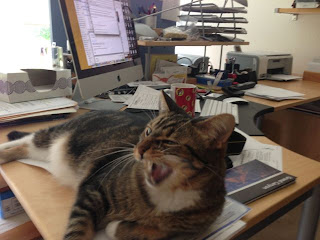 How many pixels are enough?

I think the question is along the lines of "at which point does beauty become irrelevant."

On the other hand, you have Emma Stone, Giselle Blondet and Angelia Jolie.

I think it's an interesting question.  Clearly a 10 megabit digital camera will take great photographs and probably exceed the expectations of the most avid tourist or family photographer.  A 14 megabit camera might be more apt for a nature photographer or a person looking to capture the tiniest detail, while the 24 megabit model is just over the top in both categories.  How do you handle that?  You have to be Brad Pitt!

"How many is enough" is probably the wrong question to ask because the resolutions will tend to increase as technology advances and at some point will become irrelevant.

It could be that all technology is on an asymptotic curve leading to diminishing returns.  But, somehow, I don't think we'll ever be satisfied with "good enough" or cameras would have stopped at 1 megapixel.  That was really good enough for government work, as they say.

They send me an email update 12 hours or so before the Space Station is due to pass over my location and I can go outside on clear nights and watch it go over.

I repeated that line because it's always on time.

If the link says the ISS will pass overhead at 9:16 PM, it will appear near the horizon at that time and transit across the sky smoothly, silently and brightly.

The ISS is unmistakable.  It doesn't blink like an airplane, it moves in a steady arc and it's ALWAYS ON TIME!!

Tonight we had clear skies over Houston and the ISS appeared at the appointed time, brighter than any other object in the sky and cruised to the east on its own schedule.

It's a great hobby to spot the ISS and Spot the Station makes it easy and fun.  Go out there and watch it go over and think about the astronauts who are up there orbiting the Earth every 90 minutes!
Posted by Bill at 9:34 PM No comments:

While foraging at Kroger's the other day I noticed a new display of sauces and marinades in the "international" aisle.

I don't know much about Korean cooking other than grilling meat seems to be popular, as well as fermented cabbage known as Kim Chee.  I bought a jar of bar-b-que sauce and tried it out on some chicken.

I marinated the chicken, breasts and legs, in the sauce for a couple of hours then grilled and basted them on the barbie.

One thing I noticed about the sauce was that it was sweeter than soy sauce marinates I had used for chicken in the past which consisted of soy sauce, sesame oil, garlic, scallions, ginger, salt and pepper.  No sugar, well duh!

On-line I found a YouTube video describing how to cook up a Korean BBQ sauce and it involved a lot of sugar, caramelized, with other ingredients, so maybe the sweetness is a hallmark of Korean cooking.

Dunno.  Something new to investigate!

As for Kim Chee, I had a bad experience the first time I bought some.  Back in the 90's there was an expression, "You're in deep Kim Chee!" meaning you're in trouble.  In deep something.

I discovered our supermarket sold Kim Chee and bought a jar not knowing what to expect.  Well, Kim Chee is fermented cabbage and it is under pressure in the jar.  Once you open the lid it "releases" and tries to escape.  There is no point in trying to stop the process by putting the lid back on.  That's impossible.  The Kim Chee is coming out!

Fortunately, I had opened the jar because I wanted to eat some of it, but I had to eat more than I planned just to get the lid back on!

I learned from the experience.

I now give Kim Chee as gifts to friends who have never had it.  Oh, yeah, hi-parry-ous!

I bought a Nest learning thermostat.

Having read about the Nest for months and hearing rave reviews I finally broke down to peer pressure and bought one.

Yes, sad to say, I have three air conditioning compressors and three furnaces and three fan systems operating upstairs, downstairs and in the Master Bedroom suite which is as large as a small country.

So far, so good.  The Nest was dead easy to install although the touch-up needed around the old thermostat will take some time to do, and probably result in painting the entire interior of the house.

The Nest should pay for itself in less than a year in energy savings, although the interior painting will push out the recovery period about 2000 years. 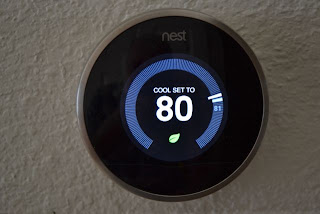 There comes a time when you can just cook too much.

Take the past few days.  I did chicken satay and a huge salmon on the grill in two days.  Come Sunday the fridge was full of cooked food, uneaten, and stuff I bought for Sunday dinner.

Often I cook Sunday dinner ANYWAY then end up with even more food uneaten!  So, breaking from the past we had a Previous Night Dinner Redoux and produced a nice salmon salad along with sliced grilled chicken satay.  And a salad.  Don't forget the salad.

Tomorrow I prep for the next few nights with more grilling and, hopefully, a better plan for the Previous Night Dinner Redoux.

Avocados are great this year.  Unblemished, sweet and soft, they are perfect for just eating or turning into my favorite dip of all time, guacamole! 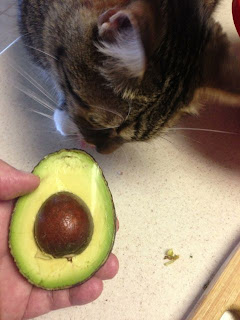 Mostly I've had good guacamole but I do remember the Bad Guacamoles, too, and I can characterize them easily:  too much stuff.

Bad guacamole simply has too much stuff in it:  onions, bacon, cheese, hamburger and other junk.

Guacamole is best simple.  Mashed avocado with a few spices, perhaps a little chopped tomato, cilantro and plain yogurt or sour cream if the avocado is too dry.  Salt, of course, and maybe a dash of chili powder.  But that's it!  Don't try to be a guaca-hero!

Here's my guaco today.  Avocado, plain yogurt, a chopped slice of tomato, garlic powder, dash of cumin powder and salt.  Done and done.  Served chilled with chips and bask in the glory of appreciation. 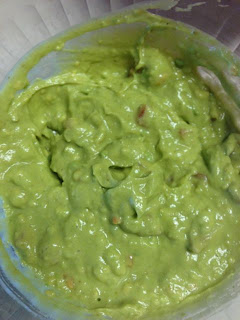