As Seen From Outer Space

They say that three strikes and you’re out.

They say that the third time’s the charm.

They say that three coffees is six two few.

Bill says: Three strikes and you’re out unless you really tried in which case you get two more, but only if Bill Sez.

Bill says: Three’s company. You can stay three days, then pack up and get out, but only if Bill Sez.

Bill says: Third time’s not the charm. Second time’s the charm, then you’re a moron, especially if it takes you three times to park your car. Bill don’t have to Sez on this.

Case in point. I pulled into my local grocery store as I usually do by turning right into Entrance Number One and proceeding to what I call the Down Aisle which lines me up with the store entrance and in close proximity to the cart return rack. Entrance Number One is the premier entrance to professional shoppers like me. Close to the front door. Close to the cart return rack. Perfectly lined up for egress to the street and home. (I love using the word “egress.” So few opportunities.)

So, cruising on auto-pilot, guiding my vehicle to Parking Nirvana, imagine my surprise as I came face-to-face, nose-to-nose, toe-to-toe, bumper-to-bumper with a large vehicle driven by a very small person going Up the Down.

I began to sputter. In French. Zut alors! Up zee Down!

Not only was this inconsiderate moron driving Up the Down but he was driving what can only be called a Land Barge, a huge vehicle of universal proportions.

A Chevy Suburban would have been dwarfed by comparison. So would a Ford Excursion or a Humvee.

This vehicle was truly huge. It would be like driving an aircraft carrier on wheels. That huge. I’m surprised he didn’t have tugboats guiding him Up the Down.

It’s inconceivable this wrong-way Peachfuzz captain was going the Wrong Way. Up the Down!

I squeezed to one side to let Captain Moron do his thing and begone. Fortunately, he slid by at zero miles per hour, standard operating speed for morons and disappeared behind me.

But, then, before I could mutter zut alors again, Captain Moron proceeded to go down the next parking aisle. Down the Up!

Not content to drive Up the Down, now he drives Down the Up!

I pulled out my moron ledger and scribbled, “Strike Two.”

Except for one thing.

There they are in the photo below copied graciously from the good people at Google*. Giant, white seen-from-outer-fricking-space Arrows pointing Up the Up and Down the Down!

The bottom line is that if you can’t navigate a parking lot then you need to be restricted to a bicycle.

And that’s because, Bill Sez. 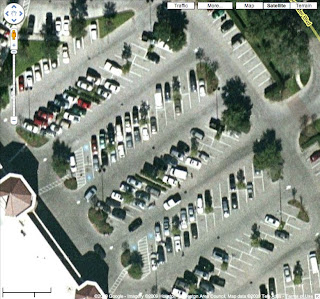 *(Google, who makes Life better and brings better Life to you!)
Posted by Bill at 6:46 PM 3 comments:

OMG this is so OMG!

That's the person holding the tuba-thing in the video picture below. 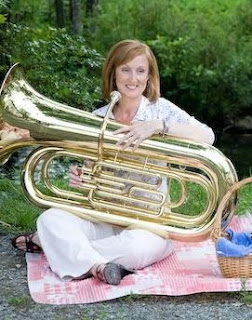 (All joking aside, yes, this is very cool and I will be strutting my cool-a-tude tomorrow. Watch for it.)
Posted by Bill at 11:23 PM No comments:

My daughter said, "We ought to tape our dinner table conversations!"

Dave Carroll and the Sons of Maxwell continue the saga of his broken guitar:

Revisit the original story here!
Posted by Bill at 1:12 AM 1 comment:

Close Encounter with a Penguin 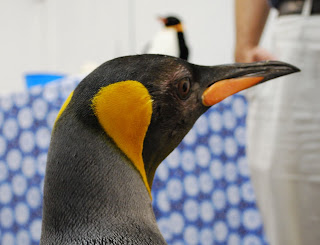 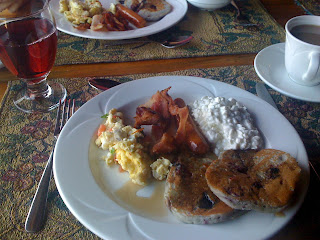