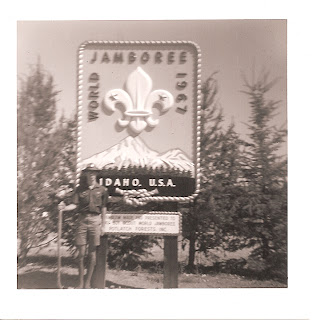 The theme is "For Friendship."

Attended by 14,000 Scouts from 100 countries this is the second World Jamboree to be held in the United States. During this remarkable adventure the Skinny Scout makes friends with Scouts from a dozen countries, some of whom he would correspond with for nearly a decade. 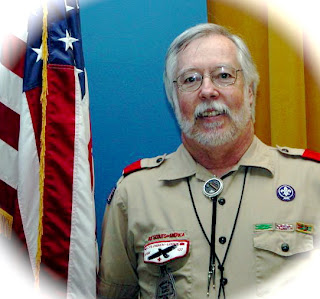 Not so skinny Adult Scout leader prepares to attend the 21st World Scout Jamboree in England, the 100th anniversary of Scouting as initiated by Lord Robert Baden-Powell in 1907.

The theme is "One World, One Promise."

Going on staff, this adult will be one of 8,000 staff members supporting over 32,000 Scouts from 130 countries. I'm in "contingent support" which means I'll be involved in everything from translating (Je parle français?) to finding ice to locating the nearest ATM. Who knows? The only constant is to Be Prepared.


The adventure awaits. I leave tomorrow.
Posted by Bill at 6:37 PM

Awesome! Some of my friends have been involved, like yourself, in a lifetime of scouting.

Bring back some great stories!

Does Kink get to go help??