There are lots of reasons.  It's fun, it's educational, it can be profitable and it's an affordable hobby to name a few.

I've always enjoyed looking at maps.  The first time I saw an antique map up close I was fascinated by the exotic art, the colors and the fiction, yes, fiction that I saw.

That was a Herman Moll map of Africa that was made at a time the interior of Africa was totally unknown to the mapmakers.  The made it all up.  Fictional beasts and people, including cyclops and other strange concoctions.

You had me at "strange."

But, what is an antique map?  How can you tell if it's an original.

Check out the two maps below: 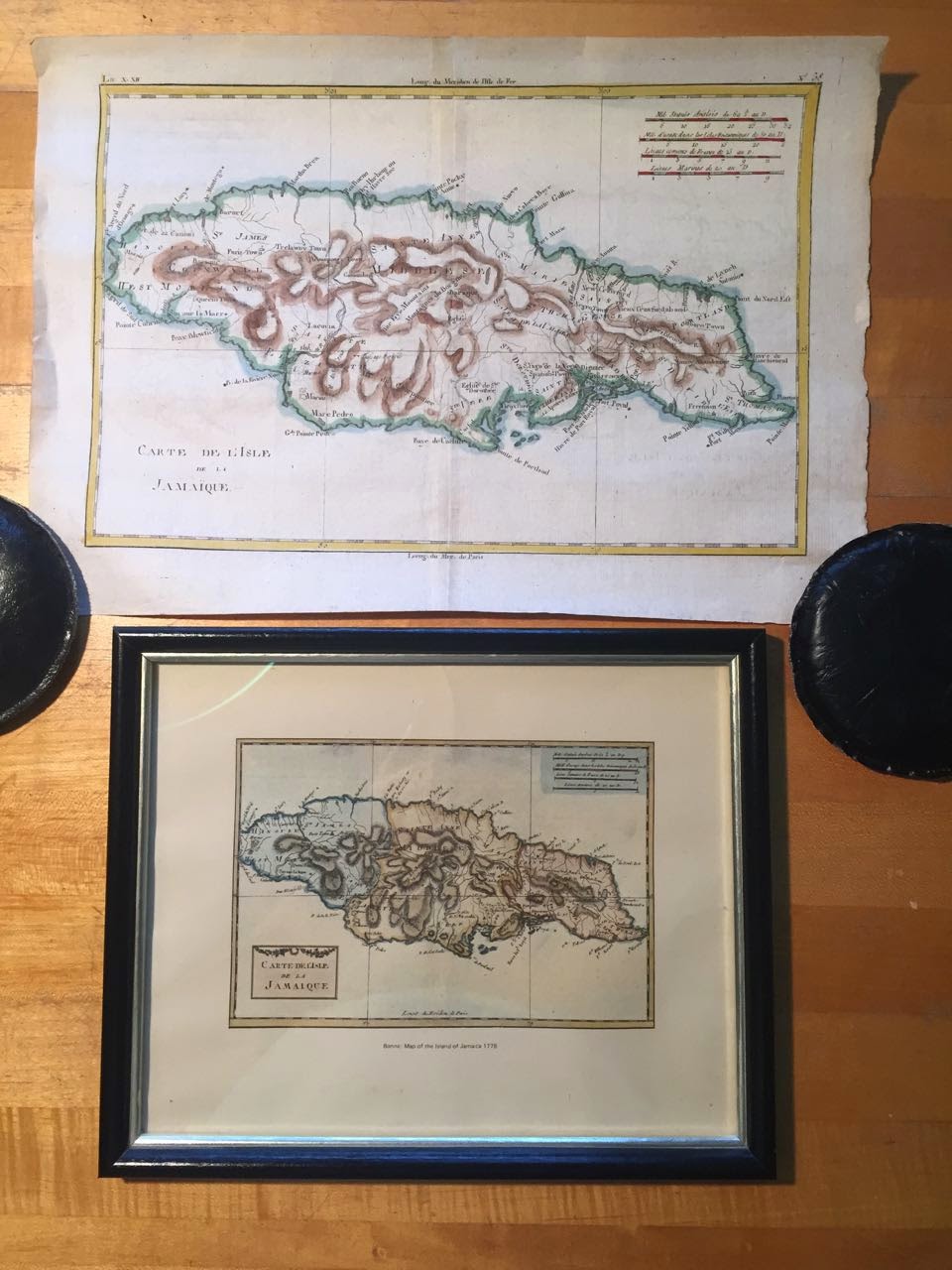 The map on the bottom is a modern reproduction.  A photocopy of the original map reproduced by lithography.  The map at the top is also a reproduction but is on "original" paper and printed by the original copper engraving.  Thus, the upper map is "real" while the lower map is "fake."

Both are reproductions, but one is fake.  Well, fake-ish.

OK, so here's the blueprint for antique maps.

All maps are reproductions of the "original" which was an image engraved on wood, copper or steel.  Wood engravings are generally around 1400's or so, copper stands firm after that period until about the 1800's and steel reigns after that.

I'll discuss how you can tell the difference between wood, copper and steel later.

"I'll discuss how you can tell the difference between wood, copper and steel later."