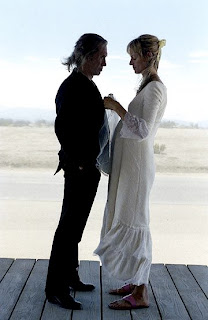 That was the first line that David "Bill" Carradine spoke to Uma "Beatrix Kiddo" Thurman in the Quentin Tarantino's epic Kill Bill Volume 2.

Such a playful play on words.

KB2 is my favorite film of all time because of the tight dialog. It's been reduced so much that you couldn't take out another word. No fat in this film.

Wo Fat. He was the villain in the TV show "Hawaii 5-O" but totally irrelevant to this story.

I first came across the actor David Carradine in the 70's TV show "Kung Fu." We watched it every week. Riveting stuff. In fact, that show with it's oriental mysticism set many of us off on eastern philosophical journeys. Carradine's character, Kwai Chang Caine, became a role model for physical and mental excellence. We all strived to carry that urn of glowing embers into the snow!

So it is with a touch of sadness that I mourn the passing of David Carradine. He's had memorable impacts on my life and I wish him the best in the Great Beyond.