Not to criticize my Mother, but I will her cooking.  Now, all of us revere our mother's cooking because that's all we knew.  But, as a student of cooking and a spawn of my mother's cooking I feel I can be some authority about the things she got wrong.

Now, my mother was known as a "good cook" and possibly a "great cook" but if there was a recipe that was received by the family as, "Ewwwww, stew!" then it requires a more detailed analysis.

Why "Ewwwww, stew!"  I think it stems from the thin sauce, scant spices and general tastelessness.

I know, that's harsh.  But, my Mom served a thin gruel when it came to stew.

What astounded me about this whole thing was my immediate success at making my first stew by simply following a recipe from Southern Living Magazine!  How simple is that?  I just followed the recipe and the stew came out saucy and meaty and flavorful and spicy and all the things that the stew of my childhood lacked.

So, there you have it.  Rebellious son disses Mom's stew.  Headlines everywhere.

I think where my Mom went wrong was not giving the stew enough time to cook.  I won't imagine her constraints on time because I was a kid and not privy to the adult conversations at that time, but I think it was simply not enough time.

If you give a stew about two hours and let the ingredients cook together and simmer then you will have a successful dish.  If you try to hurry it - disaster.  Thin, weak, tasteless and what I remember having as a kid.  Maybe there just wasn't time back then.

Now that the weather has turned and it's November I'll be doing a beef stew, and I'll let it simmer on low for at least two hours and I'll adjust the spices just so and add a grate of nutmeg at just the right time.

Because, you see, beef stew in November is a comfort food.  It's the sort of thing you look forward to, not go, "Ewwwww, stew!"  No, there will be none of that Ewwwwww-ing in my house.

And I'll bake a batch of scratch biscuits to prove it!

Tincture of Time.  That's what a good stew takes.  A rich, thick meaty sauce chock full of vegetables is just what the doctor ordered for a cold-day meal. 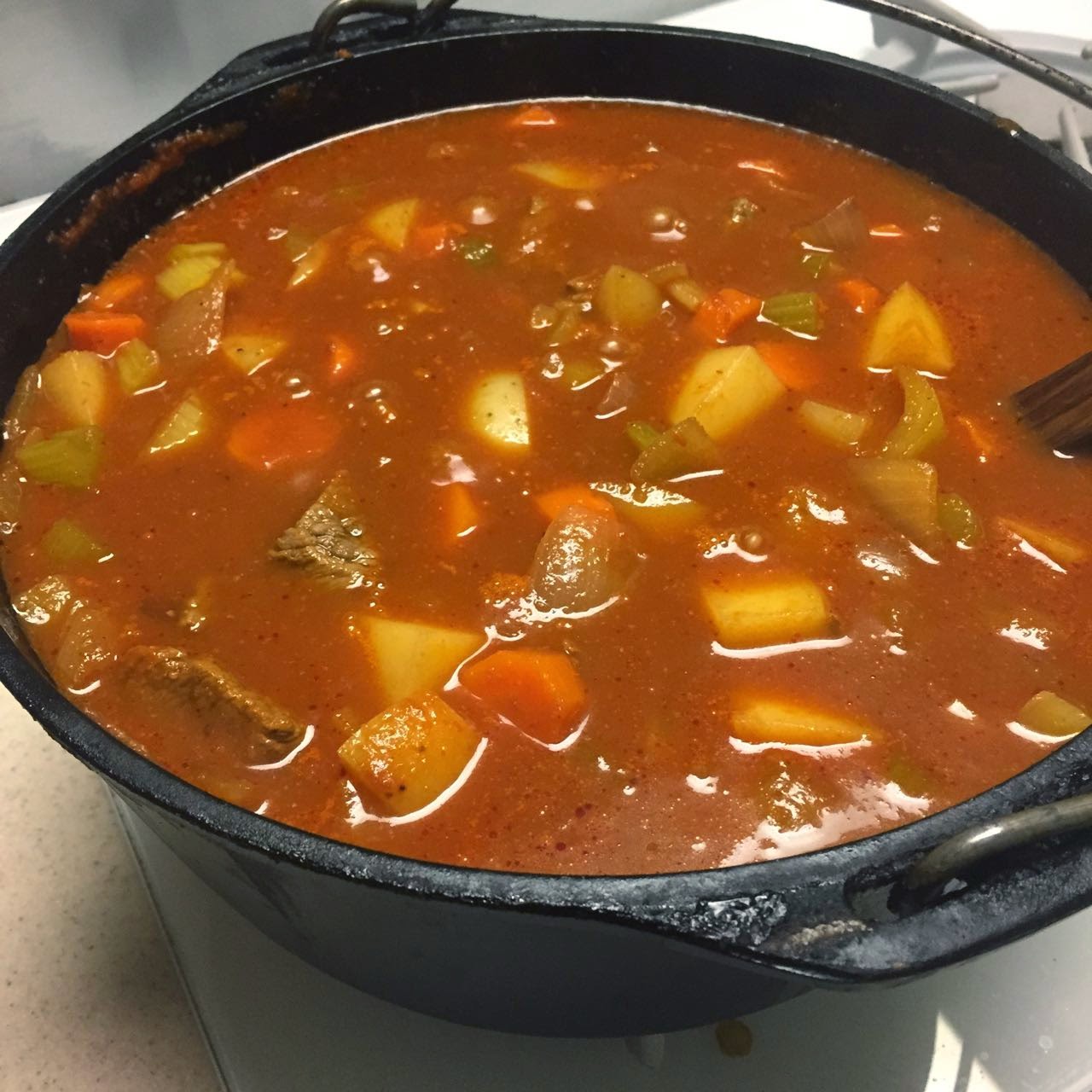