Guy Fawkes and fellow conspirators are caught attempting to blow up the House of Parliament building in London along with King James I and the entire Protestant, and even most of the Catholic, aristocracy and nobility who were inside.

Cabinet work is complete and the new 55-inch LCD LED HD TV has been installed. Guy Fawkes might have understood the words "cabinet work" but the rest would be a mystery. Actually, it's mostly a mystery to me which is why I live on Default Street.

I'm sure that tonight there's a documentary on Guy Fawkes and the Gunpowder Plot if only I could figure out how to change the channel. 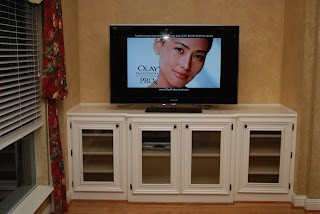 Guy Fawkes, Guy Fawkes, t'was his intent
To blow up the King and Parli'ment.
Three-score barrels of powder below
To prove old England's overthrow;

How many pyromaniacs do you think Guy Fawkes inspired? "Maybe if I blow something up, I'll get a holiday too. Quick, where's my chemistry set?"